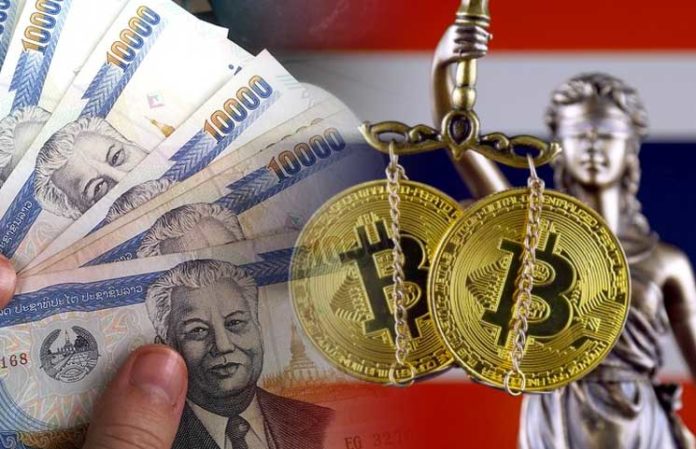 Thailand is one of the most crypto-friendly countries in the world. The Thailand government has taken a number of measures to help people accommodate the changing times of the digital world. Quite recently, it has given permission to 13 crypto businesses to operate in Thailand legally. These include several brokers, dealers, and crypto exchanges.

The Thailand government has not only opened several Bitcoin ATMs throughout the country to buy bitcoins with cash in Thailand but has also established a separate legal body to overlook cryptocurrencies.  The Royal Decree on the Digital Asset Businesses B.E. 2561 was established in 2018 to regulate several laws regarding digital assets. The Legislation divides digital assets businesses into three main categories, mainly, ‘Digital asset exchange’, ‘digital asset broker,’ and ‘digital asset dealer.’

A Digital asset exchange allows people to trade digital commodities with one another. It basically works like a stock exchange where people buy and sell digital currency to gain profits. The price of each cryptocurrency varies according to economic supply and demand. The platforms charge a nominal fee for their services. However, not every company can open up their digital exchange platform and allow people to trade. They have to get approved by The Thai Securities and Exchange Commission (SEC).

The Thai securities and exchange commission(SEC) has approved 6 New digital currencies which are:

The number of approved digital brokers and dealers also remains pretty low. With extreme scrutiny and obligations, only three digital assets brokers have been approved so far. They are  Coins TH, Bitazza, and Kulap. Kulap has not started its operations yet. If you think these numbers are low, let’s focus on digital asset dealers. Only one has been approved by the Thailand government which is Coins TH.

Apart from distinction on the basis of services, The Royal Decree also separates cryptocurrency from a digital token. These two terms are often used interchangeably but at their core, they are different from one another. A cryptocurrency or a crypto coin is created for the purpose of buying goods and services. It acts as a normal fiat currency and is used for transactions and to make payments. Many countries, especially Thailand have seen an increase in the usage of cryptocurrency as a mode of payment. Digital coins also have their own blockchain technology, like Bitcoin or Ethereum. On the other hand, tokens are created on the already established blockchain networks and are usually “created to be used within decentralized applications (DApps) and their networks.” Tokens are also issued by new companies to increase the investment of the general public through the purchasing process.

The Thailand government also regulates the initial coin offering (ICO) to reduce the frauds and risks associated with it. According to the Royal Decree, an ICO is “a provider of an electronic system for facilitating the offering of newly issued digital tokens.” Since tokens can be issued by any company it is important to monitor them to enable fair exchange in the market. ICO instructs all the companies to publish all the relevant information related to the token publicly. It grants a right to the investors to study the viability and future growth of the token and make appropriate decisions.

The government has approved four ICO portals, Longroot, T-box, SE Digital, and Bitherb. Bitherb is the only portal that is not operational yet.

All the digital financial institutions are closely monitored by the government to ensure the safety and security of the transactions. Being entirely based online, it is prone to hacks and frauds. Thus, all the relevant companies and people have to get the government’s approval before dealing with the crypto market.

Also Read: How to Buy Bitcoins in Thailand

Velo Token- Here’s everything you must know about it

ABOUT US
BuyBitcoinPlace is your cryptocurrency guide for Thailand, Buying Cryptocurrency in Thailand is now very simple. Just Read and Follow!!
Contact us: contact@buybitcoinplace.com
FOLLOW US
© All Rights Reserved 2021 | Powered By Entirety
MORE STORIES

Velo Token- Here’s everything you must know about it